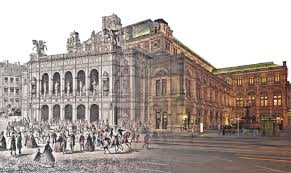 The Staatsoper (as it is called in Vienna) has been present in my whole life.
Already in the 1940s as a small child I was very much aware of the “Haus am Ring”.
I knew the half-ruined building on the Ringstrasse and I was aware that it was going to be rebuilt.
In the meantime the Staatsoper Ensemble played at the the Theater an der Wien. It was there I saw my first opera eight years old: Die Entführung aus dem Serail with Julius Patzak. My family was not very well off after the war. So there was not much money for opera tickets. I went more often to the theater which was cheaper. 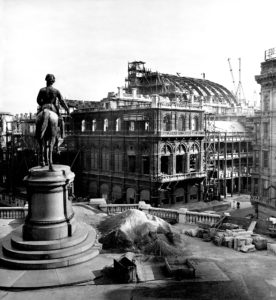 On November 5, 1955 the Staatsoper was going to be reopened. All Vienna talked about it. Me being a very curious teenager just had to be there. Of course not inside but outside! So I was there and saw all the rich and famous people arriving in their fabulous evening dresses. It was then I decided that I will have to go the opera too. Inside of course. 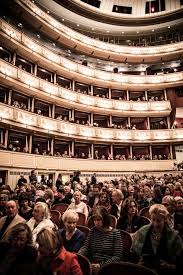 This came faster than I expected. The local government launched a program “Theater der Jugend” (Theater for the Young”) which enabled me to get cheap tickets (seats) for the Staatsoper (and also Burgtheater). I had to use most of my pocket money for it but it was worth it. I do not remember all performances I attended but the following I do: La Boheme with Ljuba Welitsch and Karajan conducting Fidelio and Tosca. 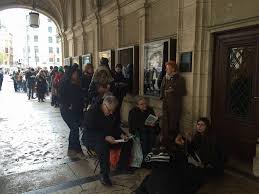 As teenager I started with ‘Stehplatz’ (standing room). I used to go with a class mate. That made it easier to keep the place in the queue (line). For a popular performance the line was very long and it took many hours to a day. One performance I remember well was Tosca with Birgit Nilsson, di Stefano and George London. La Nilsson made quite some impression on me. Curiously di Stefano did not. A special memory is the duet in the third act when in the a cappella bit Nilsson and di Stefano got totally out of sync. At the time there was much criticism in Vienna of the Staatsoper having many famous guest artist flying in without having any rehearsal time. Many Viennese wanted the famous Wiener Ensemble back again.

Already during my time at university I left Vienna in search of adventure. Soon I had a family to take care of and not much time for opera. But during each visit back to Vienna attending a performance at the Staatsoper was a must. 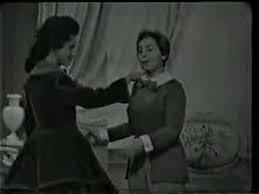 One of these performances was the remarkable Arabella with Lisa della Casa, Anneliese Rothenberger and Eberhard Wächter which is deeply rooted in my memory.

Working for an international company made travel part of my job. I got round the world. And of course I visited the opera house in each city. I moved to London and visits to Covent Garden became frequent. But every visit to Vienna still included the Staatsoper. I remember many fine performances there with Domingo, Carreras, Pavarotti, Gruberova, Baltsa, Janowitz and many more.

Nowadays I am retired and visits to Vienna have become more seldom. But I watch all the beautiful performances on video.

Here are all Staatsoper videos for you watch on operaonvideo.com

59 videos
CLOSE
×
On this site third parties use cookies: Find out more.