OPERA GAZET a website with opera reviews Flamand Olivier is a reviewer for Opera Gazet Here is an example of his reviews: Nabucco, Zürich 2019 Flamand says: *This is not only one of the oldest opera review website in Europe – it is also one of the best. It covers all important and significant new […]
Flamand

I attended the Friday January 31st performance of Turandot in Munich. My review is here on Opera Gazet  You can compare her perfomance with the following clips: Riddle Scene Munich January 2020 In questia reggia Munich January 2020   Or view these Youtube Clips of Anna singing In questa reggia on various occasions:   (Visited […]
Flamand

La Cenerentola with Cecilia Bartoli in Zürich Dec 31, 2019 – a review

Dear friends of Opera on Video, We have got many questions from you about videos which you cannot play properly in your browser. Let me try to clarify and explain and to offer some advice. As you may know Opera on Video links to videos hosted elsewhere such as YouTube, Vimeo, ok and others. Thus […]
Flamand

In October we added again several hundred of new and historical performances. We offer you now 8500 performances of which over 4500 are full-length. On October 31st we upgraded the operaonvideo.com website to use secure protocol (SSL/https) in order to achieve better operational safety. This should be entirely transparent to you as a user. Should you experience any […]
Flamand

We have now published over 8000 videos on Opera on Video As you know we removed registration and login because of the many hacker attacks we had. With this you lost the Favorites feature which allowed you to save a list of your favorite operas and videos. You can of course bookmark the videos with […]
Flamand

We added many videos in August. There are now more than 7800 videos available via operaonvideo.com. Over 4300 videos are full-length performances! Opera on Video links to videos which are published elsewhere in the Internet. As you are probably aware videos are published and disappear again on the various websites. To find the ones which […]
Flamand

Verona – A tale of Romeo and Julia and the two Annas

Verdi Nabucco Zürich Opera June 23, 2019 – A Review  – This review was published by Opera Gazet on June 24, 2019. Full video of the performance here Nabucco, opera by Giuseppe Verdi to an Italian libretto by Temistocle Solera. First performed at the Teatro alla Scala in Milan on 9 March 1842. Premiere of this production at the Opernhaus […]
Flamand

The Staatsoper (as it is called in Vienna) has been present in my whole life. Already in the 1940s as a small child I was very much aware of the “Haus am Ring”. I knew the half-ruined building on the Ringstrasse and I was aware that it was going to be rebuilt. In the meantime […]
Flamand

Video has evolved with new and better? techniques in recent years. There is now opera on Blu-ray disc even in 4K resolution. The 3D fad has faded but there are still some three dimensional operas available. You need a TV which supports 3D. AIDA from Verona is a classic performance and 3D adds some new […]
Flamand

This review was published by Opera Gazet on April 8. 2019 Fotos (Foto: T+T Fotografie Toni Suter) Manon, opéra in five acts by Jules Massenet to a French libretto by Henri Meilhac and Philippe Gille, based on the 1731 novel L’histoire du chevalier des Grieux et de Manon Lescaut by the Abbé Prévost. It was first performed at the Opéra-Comique […]
Flamand

Operas with a special place in my heart

Sure I love all opera and I love some more than others but there are a few operas which occupy a very special place in my heart. Well, you say how can one choose between great masterworks and prefer one over the other? Is La Traviata better than La Boheme? Do you prefer Otello over […]
Flamand

I am sure it happened to you too – something went completely wrong during an opera performance. I have experienced myself a few incidents and collected others. Here for you to enjoy: A glitch in the machinery can be fateful – Mefistofele Theatre Antique Orange 2018 The usually so safe and reliant stage machinery goes […]
Flamand
(Visited 1933 times, 1 visits today) 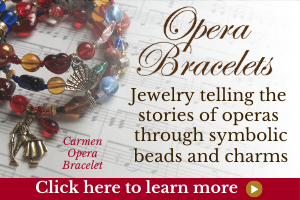