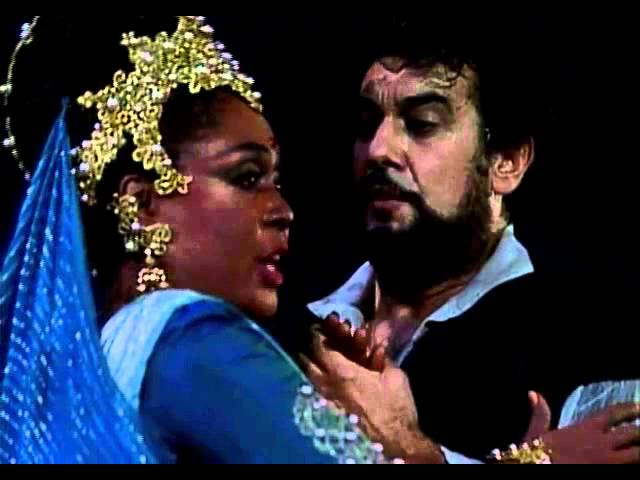 Guest post by Basia Jaworski:
Basia con fuoco is Basia Jaworski (Poland/Israel), a freelance publicist and music journalist. For almost 20 years she worked in a specialist store for classical music in Amsterdam, where she also organized concerts, lectures and “autogrammenstunden”. She was also a regular guest on several radio and television programs. including Discotable and Traveler in Music.
WEBSITE

Settings for the 1865 premiere of a L’Africaine (press illustrations). The stage designs for Act I (Council Scene) and Act II (Dungeon Scene) were created by Auguste-Alfred Rubé and Philippe Chaperon; for Act III (Sea Scene and Shipwreck) and Act IV (Hindu Temple), by Charles-Antoine Cambon and Joseph-François-Désiré Thierry; for Scene 1 of Act V (Queen’s Garden, not shown), by Jean Baptiste Lavastre; and for Scene 2 of Act V (The Machineel Tree), by Edouard-Désiré-Joseph

Vasco da Gama (yes, the Vasco da Gama) loves Inès, but when his own life is in danger, he takes refuge with the African queen, Sélika. Poor Selika! She loves him wholeheartedly, but as soon as Inès reappears on the scene, she has to step asie. she does so literally; by smelling a poisonous flower.

Of course, much more happens in the opera, especially in the music. I wonder why it is that the opera is performed so little.
Is it due to the weak male lead, who mainly pursues fame? In any case, Meyerbeer gave him a magnificent aria, probably one of the most beautiful ever: ‘Pays merveilleux/Oh paradis’:

Domingo has always had faith in the opera and he has sung da Gama several times. It is also thanks to him that the opera experienced a minor revival in the 1970s.

There is a pirate recording on CD (Legato Classics LCD-116-3), starring Shirley Verrett and a truly brilliant Norman Mittlemann as Nélusco. It is from 1972, but there is no mention of where it was recorded. But since Verrett sang a series of performances that year, in San Francisco, it is actually quite clear.

The sound quality is poor, but not to worry: the opera was later also recorded for television, so that we can now enjoy it to the full on DVD (Arthaus Music 100217).

The truly wonderful production was created by Lotfi Mansouri (direction) and Wolfram and Amrei Skalicki (stage and costumes). Inès is sung by a (literally) beautiful, light coloratura soprano Ruth Ann Swenson and Justino Díaz does his best to convince us that he is scary. You should really watch it!

In 1977, the opera was recorded at the Teatre Liceu in Barcelona, ​​again with Plácido Domingo as da Gama. But should I really recommend this recording? Probably not. Montserrat Caballé is a fine but unconvincing Sélika, Juan Pons has seen better days and Christine Weidinger is a merely decent Inez (Legato Classics LCD 208-2).

In November 1977, L’Africaine was recorded live in Monaco with a fine Martina Arroyo in the leading role. The textbook says it is probably the most complete performance of the score ever recorded. Unfortunately, Giorgio Casellato-Lamberti is a weak Vasco da Gama, but Sherrill Milnes’ superb Nélusco makes up for a lot (Myto 3MCD 011.235).