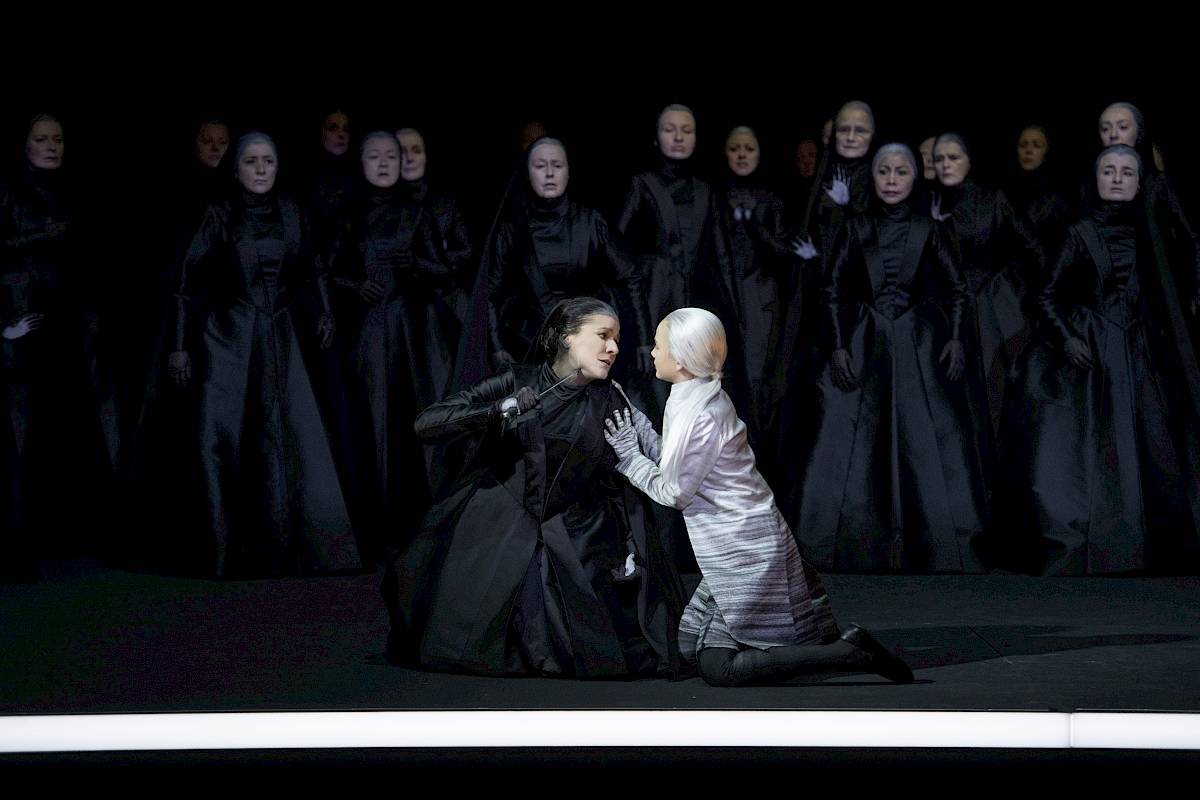 Iphigénie en Tauride by C.W.Gluck at the Opernhaus Zürich on February 2nd 2020

On Sunday, February 2nd I attended the premiere of Christoph Willibald Gluck’s Iphigénie en Tauride at the Opernhaus Zürich.

Iphigénie en Tauride is an opera in four acts by Christoph Willibald Gluck. It was his fifth opera for the French stage. The libretto was written by Nicolas-Francois Guillard based on Iphigenia in Tauris by the ancient Greek dramatist Euripides which deals with stories concerning the family of Agamemnon in the aftermath of the Trojan War. In Iphigénie en Tauride the bloody history of this cursed family comes to a happy end. Before Iphigenie’s father Agamemnon wanted to sacrifice his daughter Iphigénie, but she was saved by Diana (Artemis). He was then killed by his wife Klytemnestra and her lover Aigistos. Later those two are killed by Agamemnon’s son Orest. You will remember this from Richard Strauss’ Elektra.

In Iphigénie en Tauride Iphigénie is a priestess of Diane in Tauris, where on King Thoas command she must sacrifice all arriving foreigners. After a storm her brother Orest is wrecked on Tauris with his friend Pylades.  Iphigénie and Orest  do not recognize each other before the final scene. Iphigénie plagued by the trauma of her past refuses to kill Orest and finally Diane lifts the curse on the family.

Andreas Homoki directs this opera as a timeless very emotional tragedy. Almost everything is black. The scene designed by Michael Levine is a black tunnel leading to infinity. Sometimes light cracks appear in it – is this hope? There is no decoration or props whatsoever. The costumes of the chorus and the protagonists are black too. The style of the costumes is vaguely 18th century. Only the ghosts of the past are grey white. The acting (and singing) was very emotional. The plot is easily understood and is very gripping. 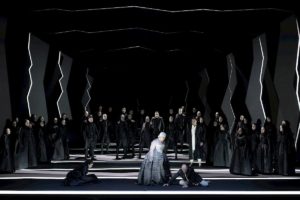 This was by far the best Homoki staging I have ever seen. Everything was in line with the story and the music. As usual with him the singers (and the chorus) spent a lot of time on the stage floor. But this was supported by the drama. The lightning by Franck Evin was dark to support the dark story. It was quite an achievement to illuminate the scene darkly and still be able to see the action. The only thing I did not understand was why the ghost of Klytemnestra transformed into the goddess Diane in the final scene.

The opera which is in four acts was played without any break or intermission for almost two hours.

The orchestra La Scintilla conducted by Gianluca Capuano supported the singers nicely and  played the orchestral outburst beautifully. The chorus (split into a male and a female choir) trained by Janko Kostelic was superb too.

In his short appearances Jean-Francois Lapointe sang and acted King Thoas, the bad guy of the opera, very appropriately. 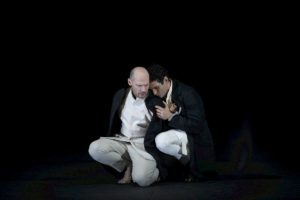 Frederic Antoun sang the buddy of Orest with a pleasing voice. The duets with Orest were very emotional and gripping. His solo touched my heart.

Stephane Degout was extremely good as Orest. Not only did he sing splendidly, but he also succeeed to paint all the various emotions ranging from his traumatic nightmares to the love for his friend.

Cecilia Bartoli has sung Iphigénie before in Salzburg 2015. Her return to the role in Zürich was magnificent. Being always in the center of the action she dominated the evening with her voice and acting. She used her extremely flexible world-class mezzo to express all shades of emotions. There was fear, traumatic nightmares and hope. She proved that in addition to being the best coloratura mezzo of today she is also world best in dramatic mezzo roles.

This evening was no dull baroque opera about ancient tales. It was a gripping emotional drama with real people sung by a great cast led by a super star.

And here is a short documentary  from the 2015 Salzburg performance