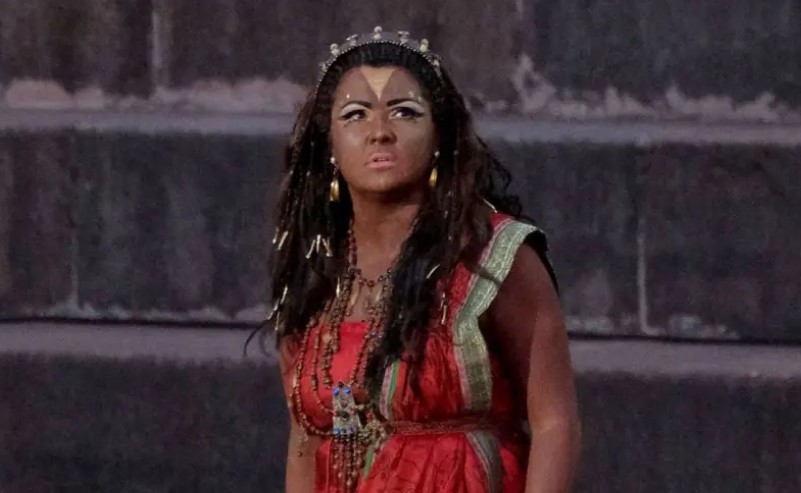 On July 16, Anna Netrebko made a triumphal appearance as Aida in the Arena di Verona.
Read the review here

One would not have thought this to be possible just five months ago.
But on this occasion in Verona the controversy centered on Angel Blue and her “blackfacing” comments.

In February 2022 the controversy about Anna started:
February 20, 2022 Russian troops entered the Ukraine.
On February 26, 2022 Anna Netrebko issued a guarded statement which by many was considered too weak, in view of her alleged earlier associations.
Although it stated “I am opposed to this war”, several venues such as the Metropolitan opera and the Bayerische Staatsoper, Munich took the opportunity to cancel Anna’s engagements.
As a consequence Anna decided on her part to withdraw from several appearances (such as in Denmark) and announced to take a time out until further notice.

She used the time out to change her management agency.

On May 27 Anna Netrebko returned to La Scala with solo recital with a programme that included works by Rimsky-Korsakov, Rachmaninov, and Tchaikovsky

It was a triumph.

So, ANNA IS BACK!
And judging on reviews, better than ever.

After Aida there will be Turandot in the Arena di Verona